Vacuum cleaners have been one of the most popular household appliances since their invention. It’s a tool that almost everyone owns. If one isn’t owned, then there’s a good chance that the average person knows what a vacuum happens to be. This popularity has caused the vacuum cleaner to be a unique part of pop culture history.

From robotic vacuums that dogs chase to cartoon vacuum cleaners that could benefit from an appointment with a psychiatrist, this household tool has made more appearances than many people even realize. Here are the top pop culture references to vacuum cleaners. 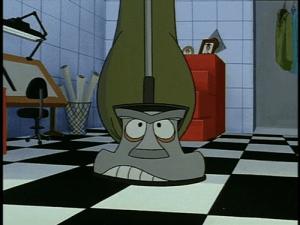 Kirby is the vacuum cleaner that is in 1987’s The Brave Little Toaster. Just like the average Kirby door-to-door salesperson, this cartoon character is a bit grumpy, a bit brave, and ultimately heroic. Ask anyone who has ever owned a Kirby vacuum cleaner what they thought about it and they’ll say it is one of the best vacuums they have ever used. That’s the reputation that the cartoon namesake represents. 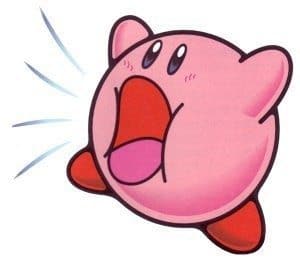 Another character named Kirby? No way. Most people may not think of this video game character as a pop culture reference to vacuum cleaners, but think about his primary power for a second. It was… wait for it… an ability to suck up bad guys and claim their powered. Just don’t be the person who gets volunteered to change this Kirby’s bag.

Maybe this one is a stretch, but how can you not love an alien power that can suck parts of a spaceship out of the dirt and then create the ship in mid-air? Or how about deconstructing an 18 wheeler with the driver inside and then suck it back together? The concept of the vacuum here might not be to clean carpets, but the principle is the same. There’s also another lesson here: if the government wants your home, it might be because an alien ship is buried underneath it. 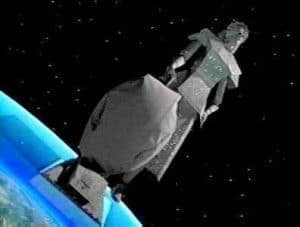 This Star Wars spoof from Mel Brooks might be the craziest vacuum cleaner reference in pop culture history. The Mega Maid takes the place of the Death Star [called Spaceball One] and there’s just one reason for its existence: to suck up the air from the planet Druidia. Of course there’s an entry port in Mega Maid’s ear so the good guys can save the day. As long as you remember to keep your Schwartz straight instead of letting it get twisted up, you should be good to go too.

What do you do when you’re a witch without a broom? Use a vacuum, of course. Of course the joke here is that Mary Sanderson isn’t able to find a broom, so she uses what she can find so that she can fly off into the night. It’s funny. It might not be historically accurate, since a modern vacuum cleaner wouldn’t have been around during here original lifespan… but hey, it’s fiction. Who cares, right?

#6. Tales From the Darkside

Vacuum cleaners are often used as jokes or as underdog characters, but killers? That happened in the episode Hush from this somewhat scary, somewhat campy horror television series. A child wishes a killer vacuum into existence and it does what it was created to do. Of course the entire person doesn’t get sucked up into the vacuum cleaner bag. The killer vacuum’s hose just fits over the nose and mouth and hands out a massively large death by hickey. It’s probably a better way to go then getting flattened by a steamroller.

All you’ve got to do is search the internet for videos regarding pets and Roombas and you’ll find an amazing number of videos of pets that freak out because of the vacuum cleaner. If you spend hundreds of dollars on a vacuum, the idea of having the dog attack it and chew out its heart is probably not very appealing, but at least it makes for something different to watch besides cats with laser eyes and unicorns.

Speaking of cats, be sure to check out this video of a cat on a Roomba in a shark costume chasing a baby duck around a kitchen. 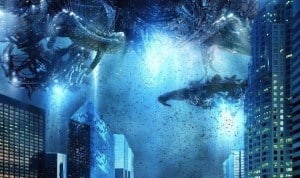 What’s scarier than aliens who come to the planet to kill all humans? Aliens that come to the planet to suck up everything in their path in their quest to kill all humans. Giant spaceships come to Earth in this movie and of course they visit Los Angeles because a town like Billings, Montana is just too far out of the way after traveling dozens of light years to suck stuff up. It has an 18% positive audience score on Rotten Tomatoes if you care. That was good enough to give it a sequel too. 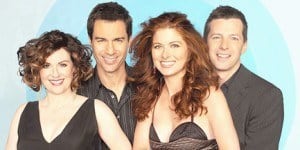 This long-running sitcom once had Will, his mother, and their friend Jack discussing what they called the “vacuum game.” “Do they make attachments for girls?” Jack asks. “Not that vacuum game,” Will replies. “And you can keep my Dust Buster.” Vacuum cleaners have long been the subject of “questionable” jokes on prime-time sitcoms. Two and a Half Men and Red Dwarf both offered a series full of vacuum cleaner jokes if you listen close to the dialogue.

Who is Noo Noo? He’s just one of the best friends of the Teletubbies. What does Noo Noo do when he gets excited? He’s a vacuum cleaner, so he sucks up all of the possessions of the Teletubbies. Sometimes he’ll even suck up their food. When this happens, the Teletubbies chase Noo Noo around, call him “Naughty Noo Noo,” and then everyone gets a big hug in the end.

These top pop culture references to the vacuum cleaner are just a small sampling of how popular this tool has become. Not everyone may suck up the air from a planet or chase a naughty vacuum cleaner around the house, but when you’ve got cats, dogs, and vacuums put together, you’ve got the chance to make something go viral too – and you can clean the house at the same time.

Why Even Vacuum At All?
How Does a Vacuum Cleaner Work?